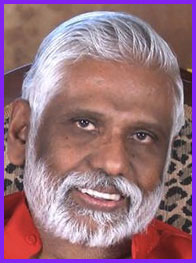 Today’s guest on The Aware Show, Dr Baskaran Pillai, is part of an ancient tradition that is dedicated to eliminating all human suffering.

He has been a Speaker at the World Knowledge Forum, the United Nations Conference of World Religions, and The Conference for Consciousness and Human Evolution.

Today, he spent an hour on the Aware Show discussing the Light Body Activation. During our talk, he demonstrated the techniques and meditations that have profoundly affected thousands of people, from parents and everyday laborers to celebrities and successful spiritual authors.

The Siddha tradition – from the Beatles to Wayne Dyer

The prestigious Siddha tradition is a lineage of radical mystics from Southern India. Many famous artists and authors have studied in the tradition that was brought by Mahirishi into the West, including Wayne Dyer and the Beatles.

When the Beatles held a press conference in 1967 to announce they were giving up drugs in favor of Transcendental Meditation, the Western world was officially introduced to a path to enlightenment that has been practiced for thousands of years. Within two days of meeting Mahirishi, the famous Yogi who brought Transcendental Meditation on a world tour, the Beatles were convinced that they had found their spiritual path. The powerful Siddha chants and meditations profoundly influenced their lives and their music.

Dr Pillai in turn was a teacher of Wayne Dyer, who dedicated his bestselling book Manifest your Destiny to his “Guruji” Dr Baskaran Pillai. The transformation brought about in Wayne’s life by the ancient Siddha meditations formed the core foundational concepts discussed in his book.

Dr Dyer calls Dr Pillai “one of the most enlightened beings on the planet.”

The meditation that “introduced” Wayne and Dr Pillai was the “Ah” meditation, which he was kind enough to demonstrate during his interview (watch the replay here).

Once kept secret and only revealed to private initiates, these powerful Siddha meditations are now being taught to the world through the Pillai Center. They have created so many videos and demonstrations of these meditation techniques that Time Magazine calls Dr Pillai the ‘YouTube Guru.’

His goal, and the goal of The Pillai Center, and the entire Siddha lineage dating back thousands of years, is to put an end to human suffering.

“You are not immune to pain, as long as the body is an organic body,” says Dr Pillai. “Through these meditations you can transform the body back into light.”

We were fortunate enough to have our interview on Ganesha’s birthday. If you don’t know Ganesha, the elephant headed Hindu god, he is the remover of obstacles and the patron of doorways. We had a wonderful discussion about the symbology of the elephant, and how it relates to prosperity.

Working for a Prosperous World

90% of the cases of suffering, says Dr Pillai, are due to lack of finances and resources.

That is why he is committed to prosperity. By creating more prosperous people in the world, is is fulfilling the Siddha goal of reducing the suffering of humanity.

“Money makes you not only honest, but authentic. Poverty is only a matter of neurology, and that can be changed.” – Dr Baskaran Pillai

Poverty happens when the brain is not working properly, he says. That is the reason why we have poverty. There are deficiencies in the mid-brain, thalamus area, the part of the brain that can’t discriminate between awareness and illusion.

People who are stuck in poverty are stuck in their frontal lobe, and as we saw in our recent Money & Manifestation Summit, removing those blocks to poverty can sometime be an intense process!

The relevant neuron pathways of poverty can be changed, says Dr Pillai, through chanting and meditation.

What Is The Light Body?

The Light Body brings speed into your life.

The reason we have created time, and delay, is because we do not live out our life as light.

Everything starts out from light, says Dr Pillai, because it is light that becomes physical matter. Matter is only a condensation, a coagulation, of light.

“Light is awareness. Light is synonymous with consciousness and awareness. That is why it is called enlightenment.” – Dr Baskaran Pillai

Many of Dr Pillai’s students were introduced to this path by a very simple meditation.

With the ‘ah’ sound the whole universe came into being.

It is from this ah sound that Aum comes. A-u-m starts with ‘Ah’

This is the sound that is lying dormant in the root chakra, and is released mostly through the second chakra, which is responsible for procreation.

It is wasted in procreation, say many Hindu mystics. When you bring the sound of ‘ah’ up to the brain, and into the third eye, it can help you manifest anything you want.

“When you say ‘ah’ the angels are around you, and they will aid you in the process of manifestation.” – Dr Pillai

The sound of creation is ‘ah.’ It is the only vowel that is present in every single language.

Using sound to vibrate your body and your brain can help bridge the distance between the matter of your body, and the energy and light from which it is made.

There are sounds for prosperity, and sounds for poverty. Many people have become experts in the sounds of poverty, because energy becomes sound, and sound becomes matter. Introducing different sounds can affect both the energy and the matter.

We have shown in our NeuroSummit how the brain’s neuroplasticity allows it to be changed, if given proper inputs.

One of the most comprehensive systems to create enlightened change in your brain is Dr Pillai’s Light Body Program.

Click below to read more about this wonderful program (offered at a special price not available anywhere else) and to watch the interview replay!