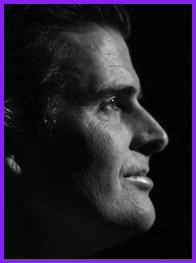 While he was attending Chiropractic school, he ate fast food, and didn’t give much thought to his nutrition.

Bad habits caught up with him when, at age 28, he was diagnosed with Hodgkin’s Lymphoma.

While going through chemotherapy, Devin went from eating fast food to learning about what kinds of natural foods were best for his healing body. His doctors weren’t much help, he said.

“I asked my oncologist if I should eat foods with antioxidants, and he said, ‘no, better not.’ Quite possibly, he just didn’t want me to throw off his own research findings.”

After recovering from cancer, he went to Costa Rica to slow down. His father came to visit, and quite suddenly, he went through a difficult bout with cancer himself. Devin quickly became an expert on alternative remedies and natural therapies that could be used during cancer treatment.

As he shared his findings online, he grew a loyal following on PurePrescriptions.com.

“You need glutathione to detoxify your body. It is the mother antioxidant. You need probiotics to rebuild your body, too.” – Devin Ryerson

After becoming an expert in supplements, Devin started selling his own vitamins and herbs through his website, and he is still a trusted resource for alternative remedies for healing from cancer therapy.

Click below to read more about his offer, and to watch the interview replay!