Enter the Eternal Now through Timeline Jumping with Dr Pillai

Enter the Eternal Now through Timeline Jumping with Dr Pillai 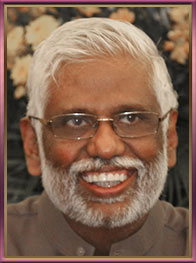 The Soul Outside of Time: Finding the Eternal Now

You might think of time as a constant in the universe, as Isaac Newton did centuries ago. But Dr Pillai tells us, during his interview today on the Soul Summit, that there are two types of time: physical time and psychological time.

The same five minutes can seem to take forever, or no time at all, depending on how you feel about the time passing. If you are waiting in a line to go to the bathroom, each minute might creep by slowly, while laughing with friends can make the same amount of time whisk by in a flash.

What is the difference between Mind and Soul?

Mind and Time and Destiny are synonyms with one another. They are interchangeable. From the proper level of consciousness (in other words, from your soul), time and mind and destiny are the same thing.

You need the mind to function in the world, but it is a very limited form of consciousness.

“The mind is not the soul. The soul is bigger. It is timeless. You have to remember you are the soul. You are unlimited.”

This unlimited presence, however, it doesn’t exist in the future, or in the past, but only in one brief, eternal moment: the now.

The soul is in the now. The now is destiny-free. But many people don’t know how to be in the now. We are constantly dominated by our thoughts and our feelings, and we have a tendency to think of ourselves as this “I,” this ego that is doing the thinking. You ego does not exist in the present moment, however, and the best way to access the present moment is through meditation.

Meditation can give you the experience of the now, and help you to live in this very second,because it makes the mind stop.

I always find it wonderful when my guests, who are often heroes of mine that I look up to, describe the people they look up to in their own life. (This is actually how I first found out about Dr Pillai – Wayne Dyer once called him ‘the most enlightened man on the planet’.)

During our interview, Dr Pillai called Richard Branson a yogi because of his advanced understanding of psychological time.

“There is a book called, ‘Screw it, let us do it,” he said.  The title is technically Screw It, Let’s Do It by Sir Richard Branson, but the re-wording by Dr Pillai’s charming English was really lovely. I have even started to say that to myself when I’m looking up at a challenge that I am being invited to overcome: “Screw it, let us do it.“

“He has the best understanding of time out of anybody I have ever met,” said Dr Pillai. What is remarkable about Richard Branson’s perception of time, he says is that he has made the commitment to not waste one second.

To become conscious of a single second, says Dr Pillai, is only possible for a yogi. That’s why he calls Sir Richard Bransonanda a yogi, and I wholeheartedly agree.

How To Meditate in the Present Moment

We are not taught the science or art of thinking as children, and usually people acquire the skill later in life. This means we have old patterns of thinking that have to be discarded or modified.

“Being in the now, where there is no thoughts and no thinking and no mind, just now, is much more enjoyable,” he says. “It’s why yogis live on the mountaintop, so they can be left alone.”

We are lucky he has come down from his proverbial mountaintop, to share his meditations and teachings with us. He guided us through a meditation during the interview (which you can find at https://theawareshow.com/time) that left me so calm, and present, and here, that I realized: this is the only true way to create. In order to manifest, you have to calm the mind first.

So what, exactly, is Dr Pillai helping us to create and manifest through meditation? Through his Timeline Jumping program, he wants to help us manifest a different destiny.

Changing your Destiny with Timeline Jumping

“In order to create something new, you have to get out of the known. The known can only create what you have already been before.”

Understanding the ‘timelessness’ outside of psychological time is essential, Dr Pillai tells us, to living in the Now, this eternally present moment where your soul exists. Your soul, the subject we have been exploring during this entire Soul Summit, is not in your mind, nor is it in the destiny you have on this one timeline.

What this means for you is: you can ‘jump’ from one timeline to another, using the ancient Siddha breathing techniques that Dr Pillai teaches to his students.

He was kind enough to demonstrate some of these techniques during our interview, available at the link below. He has also offered his course on Timeline Jumping, where he reveals ancient Siddha meditation practices that have been unavailable to the public until now, in a video course that willl help you understand the experience of Timelessness, and help you jump onto a new timeline.