Healing Yourself with Qigong Energy

Healing Yourself with Qigong Energy 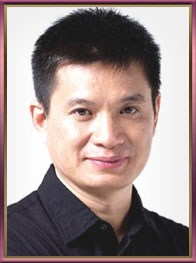 Robert Peng is a Qigong master that I was delighted to interview during the Soul Summit. I interviewed him once before, in person for GaiamTV, and he took me through a magical Qigong practice with the Rocky Mountains as our majestic backdrop. It was an experience I’ll never forget.

As many students of awareness know, there is a universal life force running through everything. Within every physical object, and every living being, this universal force can be sensed, and moved, and harnessed for healing.

In China this energy is called Qi (pronounced ‘chi’) and Robert studied the art of Qigong in secret with a qigong master during China’s Cultural Revolution.

As you may know, the Cultural Revolution was a period in China where all religion was banned. You could be arrested for burning incense, or simply meditating. During this time Robert quietly studied the breathing and energy exercises that have allowed him to heal himself and others, using only awareness and breath.

After studying for seven years, Robert went on a 100 day water fast when he was fifteen years old. He trained himself using what he calls “full body breathing,”

For the first 20 days, he said during our interview, he ate only one date for breakfast, lunch, and dinner. And then he survived on only water and breath.

“The skin is the largest organ in the body,” he said. “You can breathe through your whole body by breathing through the skin.”

The Healing Energy of Qigong

When Robert emerged from the cave, after his 100-day water fast, he says he felt very light. But not light as in “lightweight” (although I am sure he definitely shed a few pounds) but he says it was more like the lightness of a father. This lightness, however, was coupled with “the strength of a tiger.”

By spending such a long time focusing on keeping his body alive with no nutrients or food, he purified his body with Qi. This is the first of three steps, he says in his books and DVDs, of healing yourself with Qi: cleansing, and then concentration, and then releasing your potential.

“Everybody is a goldmine. We are born with tremendous powerful energy. But the problem is, we don’t use all of it.” – Robert Peng

You can learn to use all of the energy at your disposal by practicing some simple Qigong exercises, which Robert outlines in his DVD series, “The Master Key.” He has packaged this DVD series with his book and audiocourse at a special price for Aware Show listeners (click the link at the bottom of this page to learn more).

How does Qigong heal the body?

Robert works regularly with a surgeon that has an office near his own in new York. He does 10-15 minutes of Qigong healing work on patients before they go into surgery, and this lowers their blood pressure, which means they don’t bleed as much during their procedures.

Qigong healing is based deeply in visualization. You imagine the area you want to heal, and visualize light within it, and its like a sponge, he says. “You just squeeze the sponge and it gets clean again.”

The secret of Qigong healing is that it breaks down the energy that holds things together. Although there are techniques for sending healing energy, Robert says for the most part, it is about breaking down the blockages of energy.

“There is no good Qi, or bad Qi; Qi is Qi. When it is in the wrong place it is not good for you.”

This unwanted Qi can be dispersed by a trained Qigong healer, and Robert trains healers regularly in a 2-week intensive program.

How to heal yourself and others with Qigong

After studying with a Qigong master such as Robert Peng, you can do remote healing, anywhere.

First, Robert says, you must practice Qigong every day for three to five months. Then during a two-week intensive, you are given empowerments that amplify your own ability to direct Qi.

If you are interested in beginning that first phase of your Qigong journey, then I highly recommend purchasing Robert’s book, DVDs, and audio program. He has packaged them together, with some short video exercises demonstrating how to move Qi in the body, and is offering them at an extremely reduced price, just for Aware Show listeners. Click the image below to see what a good deal this is, and begin your journey to healing yourself with Qigong.