Speaking to Souls on the Other Side of Death

Home/Soul Summit, The Aware Show/Speaking to Souls on the Other Side of Death

Speaking to Souls on the Other Side of Death 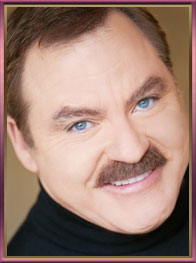 A Mortal that Speaks to Spirits

James Van Praagh is a medium, a psychic human that can speak to spirits.

Of course, “speaking” to spirits is not really accurate, because it’s so difficult to describe the higher dimensions with our 3rd dimensional human terms. The closest way he can put it is:

“There are degrees of color and light, along a spectrum, with Love on one end, and Fear on the other.”

Love is the force that is the greatest degree of illumination and light, and as that fades to lesser degrees, it becomes Fear. This is the spectrum along which our souls exist, and it is through this spectrum that James and other psychics are able to sense and communicate with the spirit world beyond the Veil.

James invites the spirits into his mind, even though some spirits have never worked with a medium before. They might take some time to make themselves understood. James likens it to a radio transmitter – there is a select area of bandwidth, and ‘tuning in’ to the right frequency can take a little bit of time.

He took a live caller during our interview, and almost immediately started offering up specific details about her father, and then her grandmother, who showed up because she had some important things to say. You will be amazed, when you watch the replay (the link is at the bottom of this post).

Through his work as a medium on countless television programs, he has taught us how to thin the Veil between the worlds, and listen to the whispers of the spirits all around us.

There is no “other world” elsewhere, James says. The spirits are right here with us, and if you can learn how to listen to the silence, to the space between the thoughts, as he puts it, you can find an open line of communication to the souls of those you have loved, too.

Is There An Afterlife for the Soul?

For many people who are sensitive to the psychic realm, there is an obvious answer: of course.

The earth world that we can perceive with our senses is like a grain of sand at the beach, in the grand perspective of its place in the universe. There are worlds within worlds, and they are not separated by the vast distances of the universe. These worlds are nested within one another, which means that the spirits of the departed are right here, around us.

Souls don’t dissolve after death. We choose to come back to this earth, which is one school of many, many schools. It is a hard school, James says, partially because there are different kinds of students here. There are nursery-school spirits here, walking around in human bodies, and postgraduate spirits as well, teaching others and helping them find their way.

What Happens To The Soul After We Die?

The soul has been around many, many lifetimes. We have done the transition of birth-to-death many thousands of times.

There is a soul memory, James says, and in the moment of death, we actually remember how to do it when we get there.

He shares the story of an old Native American story: When we are born, we are crying, and everyone else rejoices. When we die, everyone else cries, and we rejoice.

Why would we rejoice when we die? Because we are going home.

What Is A Ghost?

Ghosts really are not what Hollywood has portrayed them to be. A ghost might be a spirit that has left the body, but is unaware of it. This is common if the death is sudden or unexpected.

Sometimes a spirit leaves the body, but has unfinished business, and they have something to do before they can go to the light. Or, it could be someone who doesn’t believe in life after death. The mind is so powerful, James says, that the spirit will stay on Earth, because it believes there is nowhere else to go.

The good news is, no ghost is ever looking back at our earthly realm and longing for the life they had. “In 33 years of doing this work, he said, “I never had one spirit say they missed being in a hum,an body and all the fear and limitation.”

How Do You Talk To Ghosts?

James says the number one way to connect is through the dream world. Our astral bodies are already leaving our physical bodies, and the dream world is a comfortable place to interact with spiritual beings.

Ghosts often come back in memories, and that is one way they can communicate with us. For example, some people believe whenever they see butterflies, it is their deceased mother showing her presence.

Is the ghost in the butterfly? No, not exactly.

James offered a very clear description of it during the interview (watch the replay at the link at the bottom of this page). Before we leave this physical shell, he says, we can set up a system, to establish agreements with family of how to communicate with them through symbols.

The mind, which is part of the soul, can create associations – like a mother to a butterfly. When you see a butterfly, the association with your departed mother can come from your mother’s spirit at your side saying, “Do you see that butterfly right there? That’s me. Waving hello.”

James told us a wonderful story about Joan Rivers that illustrates this perfectly. She gave James his first break, when she was on daytime TV. In talking with him about being a medium who can talk to the dead, she said when she came back, she was going to haunt him. He said, “You are allowed to, Joan.”

Shortly after she passed away this year, he asked her to let him know that she was okay, on the other side. Later that day, he was in the green room of a theater, having dinner during intermission.

He looked up and saw her signature on the wall, with the words, “Happy to be here.”

How To Speak with Spirits of the Dead

“I surrender my mind and open it,” James says. “It is passive activism.”

James says when he invites the spirits into his mind, some spirits have never worked with a medium before, which means they can take some time to get understood. Its like a radio transmitter – there is a select area of bandwidth.

“Listen to the space in between the thoughts. The quiet is very loud.” – James Van Praagh

By opening lines of communication with spirits of the dead, James has unlocked an incredible amount of healing for people. He teaches people how to grieve in a healthy way – which they can do, once they know that the spirit world is right around them.

He wrote many books to help people understand this awareness, including Talking To Heaven, Healing Grief, Heaven and Earth, Ghosts Among Us, How to Heal a Grieving Heart, and his new book, Adventures of the Soul. (He is offering a package of his books at a special discounted price just for Aware Show listeners.)

His process can help people heal years and years of confusion and pain with just a small amount of communication.

Each lifetime the soul connection between karmically-connected spirits gets stronger, and the colors get deeper. Once we love somebody, we evolve with them through lifetimes.

“Life is a real series of choices, and all choices are either love or fear, and that’s it.” – James Van Praagh

Watch the replay of our exclusive interview on the Soul Summit by clicking below, and reach out to the souls that are on the other side.