The Infinite Being’s Guide to Functioning Beyond This Reality

Home/Soul Summit, The Aware Show/The Infinite Being’s Guide to Functioning Beyond This Reality

The Infinite Being’s Guide to Functioning Beyond This Reality 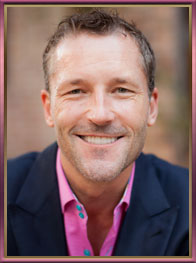 Dr Dain Heer is a guest that I never interview in the same way twice. He is constantly moving his ideas into a different direction, because he is so committed to his own growth.

During the Soul Summit, which concluded with his interview on Halloween, he said he thinks that he and I always have these fresh and new conversations for two reasons: first, he is hitting new truths himself, and second, there is a universal crack in consciousness occurring.

With more and more people interested in consciousness, the average range of humanity’s consciousness and awareness is raising. I am so honored to play a role in that awakening with The Aware Show, and luminaries like Dain Heer help me to accelerate my own personal growth, as well.

Whatever has happened in the past month, Dain and I have both felt it (and maybe you have, too). Dain said it seems as if there is a massive opening that has allowed consciousness to crack through more than ever before.

“With the barest of requests,” he said, “you can create magic right before you.”

If this is truly a planetary shift, we are creating this shift, together. (Thank you for helping us do it!)

We live in a ‘MEST’ reality as Dain calls it – Matter, Energy, Space and Time, all con-fused into one.

We limit ourselves with the matter and time, which are just constructs, but energy and space ARE what is. If you can take what is – energy and space – and apply consciousness to it, to this ‘prima materia‘ of energy and space, then you are using the building blocks of reality to actually create as an infinite being would.

It’s one way to change the way you feel about things, and as we saw yesterday in Bruce Lipton’s interview, that can have some really astounding effects. But it’s something else entirely to ask for something and have it show up in your reality.

Its what the rest of the world calls manifestation, but Dain doesn’t like that word.

When you are trying to manifest something, sometimes the universe often says, “You don’t speak universe very well,” and gets befuddled. The way that we try and “manifest” actually confuses the universe.

“Take the word ‘manifestation’ out of your vocabulary if you want to create something. You can have instant actualization, but instant manifestation just isn’t how something shows up.” – Dr Dain Heer

“Ask and you shall receive” may be one of the truths of the universe, but that doesn’t mean that asking for a specific thing you want will help you get it. This is precisely where most people get tripped up with manifestation.

Here is a question that Dain helped gave to one of our live callers during the interview:

“What energy, space, and consciousness can I be to physically actualize

[this thing] as fast as possible with total ease? Everything that doesn’t allow it, I’m willing to let it go, or destroy and uncreate it.”

That’s not manifesting something. That is actualizing the true creative space of receiving it. (I got chills.)

The Magic of Childhood

You might remember when you had the perspective of a child, when anything seemed truly possible, no matter how outlandish. You might not know how to accomplish something incredible, but you knew that didn’t mean it was impossible; it just meant you had to believe stronger.

When we were growing up, we were raised by people who didn’t believe in magic. We had the magic stripped out of us, so now, we find ourselves walking around believing that we live in a world devoid of magic.

Dain is actively helping people to create from magic, by helping them to awaken to their own Infinite Being within.

The Infinite Being In You

We are taught that if we become great, we become arrogant or mean. Dain says he’s found the opposite to be true.

“When I become more and more of me, I become kinder to other people.” – Dain Heer

The Living Limitless series, created by Dain recently, was based on the movie Limitless with Bradley Cooper. The premise of the movie is that the hero takes an experimental drug that allows him to use all of his brain capacity, instead of the 5-10% that most of us are using.

What if we could manufacture that capability within ourselves, by thinking a series of specific thoughts? That is the work that Dain offers to the world. He has packaged some of his recent programs into a unique offer, at a deeply discounted price especially for Aware Show listeners. (Click on the graphic at the bottom of this post to learn more.)

People listen to the processes while working out, while driving, while sleeping, and they become the vibrational match for what they want to become. You can clear everything that is not your purpose, so that you vibrate at that higher essence, and that is the magic that Dain creates.

How to Change your Life with your Consciousness

The typical definition of Access Consciousness is – a set of pragmatic tools and philosophies that allow you to create dynamic change in your life.

Not only is this definition spot-on, it also represents the Truth. (Capital-T Truth.) This is the truth that allows you to remove the BS that holds you back in your life.

“We all know we are more magic than what we allow yourself to show up as.” – Dr Dain Heer

By using these tools, you are making the choice to live in a different reality. It’s really that simple. It is truly an expansion in possibilities – which are becoming actualizable in a way that they haven’t before

Imagine the way it would be to live in the space that is nurturing and caring for you. If you would like a set of tools that will help you live in that space all the time, Dain has put together a package of some of his best work, because he wanted to give people permission to rock the boat of this reality, and live as the Infinite Being within.

You can’t go around hating and have magic show up.

Since we spent part of the interview talking about how to transcend our limitations, we also had to focus on our limitations for a little while. We tend to victimize ourselves and make up these realities, as if our growth has to be tragic and filled with pain, just so that we can value it.

You can ask yourself, especially when you are in a stressful situation, “How would I respond if I were functioning from my reality of magic?” You can choose to function in a reality that is beyond this reality, just like you knew you could when you were a child.

One of the greatest things about the perspective of children is: they don’t judge.

If you’re getting judgment from somebody, they are not functioning from consciousness. (You don’t need to judge them for it, by the way. If you don’t align and agree with someone else’s judgment, it has no effect on you.)

Somebody who is totally judgmental never thinks they are judgmental, they just think they are right all the time! It’s an easy trap for us to fall into, judging someone for their judgment, and that makes judgment a particularly difficult limitation to overcome.

Most religions are based on judgment. They say, “If you don’t believe what we believe, you are condemned.” Throw a little bit of guilt on there, and you get a religion. (That’s the formula we found today: Judgment+guilt=religion.)

Everything gets better when you don’t judge.

When Gary Douglas (co-founder of Access Consciousness) came into young Dr Heer’s tiny chiropractic office, he said “Ask my body what to do, follow the energy, and you will know what to do.” This was transformative for Dain, because it was the first time he had ever done what he now calls the “Energetic Synthesis of Being.”

It was also the first time anyone with a body of work had said something different than ‘do my work.’ Instead  he just said, ‘follow your intuition,’ and that was extremely freeing for Dain.

They went on to co-found Access Consciousness together, and to create tools that are designed to help access ‘you the infinite being’ – the being even greater than soul – the ‘you’ that has the capacity to create everything.

One of their main tools are the ‘processes,’ the recordings that their students listen to in order to clear away their negative beliefs, such as the Clearing Statement.

You can listen to the processes while working out, while driving, while sleeping, and they become the vibrational match for what you want to become. You can clear out everything that is not what you deliberately want to become, so that you vibrate at that higher essence, and that is the magic.

Dain Heer says his work is best heard when you don’t listen to it with your conscious mind.

Part of the reason there are this many words in the clearing statement is that he wants to fry your brain, because your mind can be a dangerous thing. Your mind runs your old programs and can influence your opinion of the processes that have made such drastic change in your life. Instead, listen with your soul.

Dain found there were automatic response systems set up between stimulus and automatic response. These autoresponder systems can reinforce your limitations, and act to block you against what you want to create.

The best way to release these detrimental autoresponder systems, Dain says, is by using the clearing statement on your limitations.

If you dont understand the clearing statement, Dain recommends just focusing on the center: POD and POC. The POD is an acronym for the Point of Destruction, and the POC is the Point of Creation. These are the points where you created this story, wherever it is in space and time.

Dain has helped thousands of people across the globe to release their limitations and become a higher version of themselves. The programs and lectures and workshops that he gives are truly transformative.

To find out how you can “rock the boat,” purchase Dain’s offer at the link below: