Manifesting Miracles from the Higher Dimensions of Consciousness

Home/Neurosummit, The Aware Show/Manifesting Miracles from the Higher Dimensions of Consciousness

Manifesting Miracles from the Higher Dimensions of Consciousness 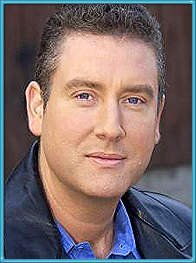 Brent Phillips, my guest on today’s Neurosummit, is not your ordinary healer. He did not begin as an intuitive, or an empath who could see auras; Brent is a software engineer who deconstructs how miracles take place.

Regular listeners of The Aware Show already know Brent’s story. His arm was miraculously healed, in a moment, through a process known as Theta Healing. Miracles are now commonplace for Brent, and he claims to have witnessed more than 1200 miracles since he began his journey.

“The way that reality works is much different than we think,” he says. When someone experiences a miraculous healing, such as cancer disappearing overnight, or a broken bone instantly mending, it only seems like a miracle to us, because we are living in a lower-dimensional human experience. When you can access the higher dimensions, then you can do things that seem miraculous.

“We can’t see electricity per se, but we can understand the effects and harness its power.”

It’s the same with higher dimensional power, he says – the secret is the interface, which for us, is the neural patterning of the subconscious. That is literally how the human interacts with higher powers, through the subconscious mind, which physically manifests as the brain and the nervous system.

He uses the example of Flatland, the 1884 novel by Edwin Abbot, to describe our human experience in relation to the higher dimensions. In Flatland, a Square lives in a two dimensions, and can only move and interact in a flat plane. Then he mets a Sphere, who manifests to him as a circle that can change size, and do things that seem…miraculous.

Brent is still very much a software engineer, but instead of applying his analytical mind to computer programs, he applies it to human consciousness. As an engineer, he did not have the intuitive gift of natural healers. So he reveres engineered the miracles he saw and experienced, to make it very easy for people to understand, and replicate.

You don’t have to know how the engine of the car works in order to drive, for example. You can just learn how to drive from other people who know how; or, if you want to tear apart the entire car and rebuild it from the ground up, you can do that, too. That’s been Brent’s path with human consciousness. He helps people repattern their subconscious mind and nervous system, so they can experience the same levels of miraculous healing that he has.

Brent is very excited about this time in history, because we now have the tools and technology to access higher levels of consciousness directly. He works in the field of auditory neuroscience, which studies how binaural beats and auditory tones can impact our brains.

Watch the interview replay, and learn how to align your own mind with the higher dimensions: