Personify Your Relationship With Money

Personify Your Relationship With Money 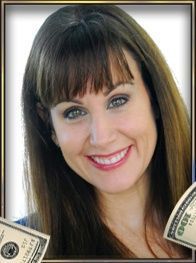 Some people are amazing at manifesting in every other area of their lives, says Morgana Rae, today’s guest on the Money & Manifestation Summit. But when it comes to finances, their manifestation powers just don’t seem to work!

Morgana knows this journey first-hand. A self-described “Law of Attraction failure,” she took every class, training, and certification she could get her hands on, and did everything she was supposed to do. Despite being an amazing attractor and manifestor in all the other areas of her life, when it came to money and finances, she just couldn’t get results.

There was something going on beneath the surface, she said, that nobody else could get to. Her breakthrough moment came when she was asked by one of her coaches:

For the first time in her life, she said, her entire economic situation made perfect sense. She saw her relationship with money, and it terrified her. It was just like having a relationship with a big, bald motorcycle rider, someone that she would avoid at all costs if they were ever in the same room together.

In her body, money felt life-threatening, like she had to protect herself from it.

This was the disconnection between what she wanted for herself and what she was manifesting. By personifying her relationship with money, she was able to create a dialogue with it, and distinguish between her “Money Monster” and her “Money Honey.”

The Money Monster is something to defeat, and the Money Honey is someone to seduce. Her personification techniques allow you to really verbalize your relationship with money, so you can identify what it is that your money really wants from you. What a breakthrough – talk to your money, and let it talk back to you!

The Money Monster reveals some really deep issues relating to your sense of self worth, your love, and your security. These things can be created or influenced by actual people in your lives, Morgana says, but it is important to separate your Money Monster from an actual person in your life.

When helping her students create and identify their own Money Monster, Morgana recommends that it’s horrible. The bigger and badder, the better. Just as a catastrophic situation can catapult you much farther than something that is merely uncomfortable, if your Money Monster is brutal and destructive, you can clear your blocks at a much deeper level than if it’s only kinda mean. 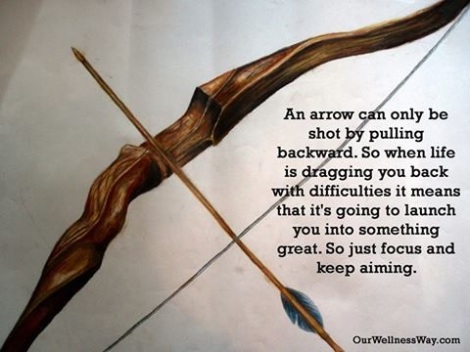 Your Money Monster also needs to be an individual, and not a concept, she says. While it is true that money is an energy, and a measurement of value, for the purposes of this exercise, it’s best to create a personified vision of your Monster, so you can destroy it.

“The Money Monster represents our own death wish. It’s that voice in your head that says, ‘You don’t deserve to live.'” – Morgana Rae

Every time you have said “I can’t afford it,” you have fed this monster that is keeping you from everything you have ever wanted. Morgana has a visualization she guides you through, where you destroy your Money Monster. “The bloodier the better,” she says. “You can’t have a Money Honey if the Money Monster is still in your bed.”

You also have a positive, encouraging relationship with money, and Morgana calls that your Money Honey. She personifies it as a gorgeous man in a tuxedo carrying flowers, and he was heartbroken, because he couldn’t be with her.

So she asked him, this personified version of her positive relationship with money, “What do you need?” He needed her to love him, and stop treating him like a monster.

Every time she was dealing with money, or cash, or her rates, or her clients, she was treating money like this big biker dude, instead of the charming, elegant partner in her life. Once she started treating her money like her Money Honey, her life completely turned around.

She recommends having a romantic, erotically charged relationship with your Money Honey for best results. The stakes are higher, it’s intimate, and you are equals. You have the power to break your Money Honey’s heart, so it’s not like you lay on the couch and wait to be rescued; you are an active participant in tending the relationship.

Your Prosperity Serves the World

Morgana began sharing what worked for her with her clients, and the results have been startling. Using her “6 Steps to Becoming a Money Magnet,” she coached someone through finding their own inner Money Honey, and found out what this personification of money really wanted the person to do. By following her Money Honey’s instructions, this coaching client generated $10,000 in less than 24 hours!

Morgana has included a recording of this coaching call with her “Magical Money Magnet” package, available at a 95% discount for Aware Show listeners. Watch the interview replay, and learn how you can use Morgana’s techniques to defeat your own Money Monster, and seduce your own Money Honey.