Light Therapy, the Future of Healing

Home/Radiant Body, The Aware Show/Light Therapy, the Future of Healing

Light Therapy, the Future of Healing 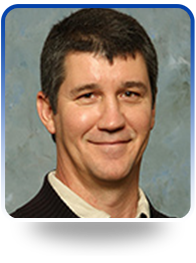 “I truly believe in the innate wisdom of the body to maintain itself,” says Wesley Burwell, my guest today on the Radiant Body Summit. To aid the body’s natural healing capacity, Wes uses light therapy, which has been used since the times of the ancient Egyptians, and has been massively studied in modern medical journals.

The Egyptians used crystals to filter out certain colors from sunlight, and found that certain colors would aid the body in healing different maladies. Nowadays our scientists have been studying the effects of highly concentrated light, with lasers and LEDs, and their research covers more than 3000 studies that are documented on PubMed. These studies show the results from clinical trials in using photobiostimulation to heal the body of all sorts of issues.

Most of the research is about laser therapy, which has some disadvantages. All the light is in one point, which has to be moved around the treatment area; also, lasers cost significantly more than LEDs. Wes initially begin his journey with Light Therapy by using lasers, but he found that18-20% of people will not respond to lasers, no matter what. Now he uses pads that contains dozens of LEDs. After he gave free treatments to 50 of his patients, he found that every one of them reported a reduction in their pain levels.

How does Light Therapy Work?

The highly concentrated light penetrates into the skin, and stimulates Nitric Oxide production in the cells. Lasers provide a 7.5% increase in NO production, while the LED pads show a 25% increase.) NO is the “weapon of the immune system” – it is highly antiviral, and is naturally produced by white blood cells to attack cancer cells.

Red light penetrates deepest into the body, 8-10 millimeters deep, while other colors reach different levels of the skin. The light is absorbed in soft tissues, and assists with wound healing, skin regeneration, and nerves. Wes says he has seen great results for facial rejuvenation, and his patients have regained tensile strength in sagging skin. He has even cleared birthmarks with violet light, which has been considered genetic, and untreatable.

The Light Therapy devices that Wes uses are Class II devices cleared by the FDA, and have been scientifically proven to increase circulation and reduce pain. Increasing circulation at any point on the body spreads the healing benefits throughout your entire system, so the light can be applied anywhere to have beneficial effects.

Wes has created a 16-video course for people who want to study Light Therapy more closely, and has packaged it with a digest of the related research from PubMed. Watch the interview replay below, and join the Future of Healing!